Sermorelin Acetate (GHRH) is a bio-identical hormone that has recently been genetically engineered to stimulate the secretion of Growth Hormone Releasing Hormone (GHRH) from the hypothalamus, a gland adjacent to the pituitary gland. GHRH is a peptide that contains the first 29 amino acids of our own GH. These 29 amino acids are the active amino acids of GHRH. It is GHRH that stimulates the pituitary glands to release GH. As we get older, the hormones produced by the anterior pituitary are depleted. It has now been shown that GHRH can restore the GH-RNA to a youthful level causing elevation of levels of IGF-1 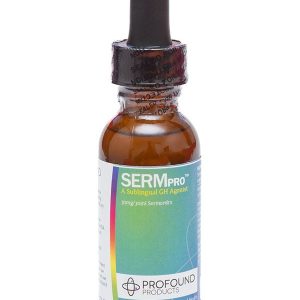 Unlike rhGH which has legal restrictions on its clinical use, the off-label prescribing of sermorelin is not prohibited by federal law. Thus, it can be carefully employed and evaluated by the practitioner to objectively determine whether it provides greater benefits with less risk to his/her patients. In support of this effort, the Society for Applied Research in Aging will be providing sermorelin free of cost on a competitive basis to practitioners willing to study its effects under protocol conditions and to report the outcomes in a peer-reviewed journal such as Clinical Interventions in Aging. Hopefully, through such efforts we can contribute to development of a paradigm for evidence-based GHRT in clinical age management.

There are no reviews yet.

Be the first to review “Sermorelin Acetate 1mg/ml” Cancel reply